Meet Thomas. Thomas is one of our Senior Developers here at Mopinion who just recently rejoined the team. We say ‘rejoined’ because Thomas is – despite his ‘new guy’ status – actually one of the ‘Mopinion OGs’. In fact, nearly eleven years ago, he was working with the team to get Mopinion off the ground, essentially planting the seed that helped Mopinion grow into the software it is today. He stayed on for nearly eight years before choosing a different path and, as you can see, ultimately came back again. And we are thrilled to have him back on!

Ready to get to know Thomas a little more?

What does your position at Mopinion entail?

“As a senior developer, I’m mostly working on the “Back-end” of our platform; the part that is collecting and processing the input from the browser or app and sending it to the database and our own or third party tools.”

“When I started at Mopinion eleven years ago, that basically meant building the system from the ground up. Nowadays, I’m more focused on maintaining and improving the codebase, to keep it stable and easy to work with for the other developers.”

What initially drew you to Mopinion?

“At the time Mopinion was basically still a “garage-startup” which didn’t really have a budget for an experienced developer, and I was a rookie developer looking for an entry level job. I think it was a bit of a gamble for both parties, but apparently it worked out nicely.”

Yes it did! Good to have you on board again. 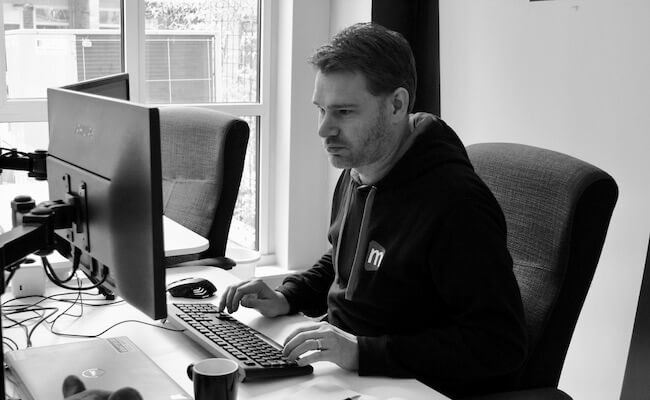 What does a typical work day look like for you?

“No coffee – no work, so that comes first. Next I’ll do code reviews. And after that, I either work on tasks in the sprint, which can be adding a feature or fixing a bug, or do R&D on where and how the system can be improved.”

What is your favorite part about working at Mopinion?

“The company culture is really easy going. There’s a lot of freedom on how you go about your work. As long as the work gets done, and doesn’t interfere with the work of your colleagues, it’s all good.

Additionally, having fun is an important part of the culture. The Work hard, Play hard mentality seems to be in the company’s DNA.”

What are the biggest challenges you face in your job?

“As the system continues to grow, keeping track of all the moving parts while simultaneously keeping it easy to work with can be quite a puzzle. But then again, figuring that out is also part of the fun.”

What is your proudest moment at Mopinion?

“I don’t think I can really pinpoint one moment. I’m generally just really proud to see how this company grew from a couple of guys around a table with a laptop to what it is today.”

And now for some fun questions … 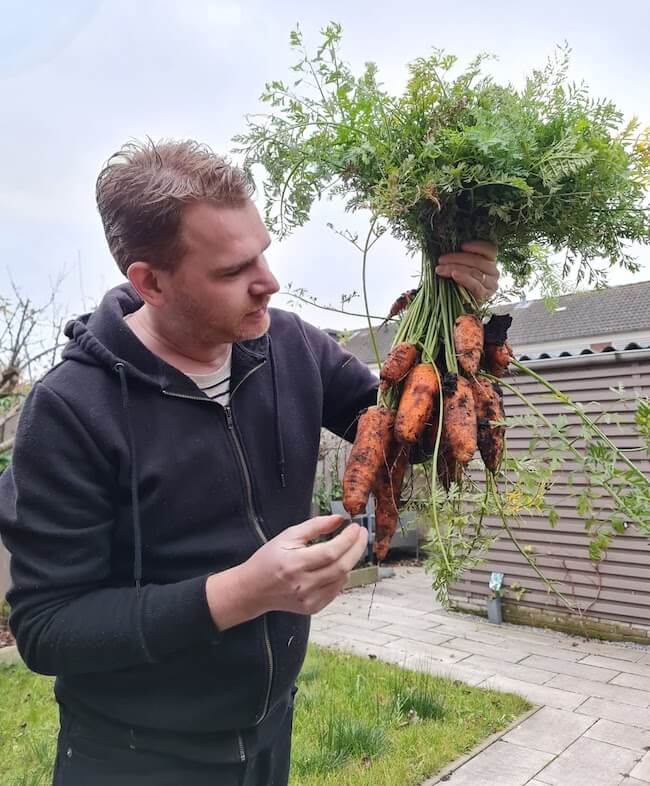 What do you like to do in your free time?

“I’ve recently become addicted to playing VR games, so that’s taking up a large chunk of my free time at the moment. If not that, I’m probably watching a movie or binge-watching a show on Netflix. In spring and summer, I like to do gardening and grow some of my own fruits and veggies.”

What is your guilty pleasure?

“From time to time, I enjoy listening to (humorous) German rap music.”

We mentioned he was an OG, right?

What is one thing you can’t live without?

“Learning new things. How boring would life be if there’s nothing left to discover.”

What is your favorite quote?

What is your biggest fear?

“Other people… I guess I suffer a bit from social anxiety disorder. It usually gets better after a while, though.”

Where do you see yourself in five years?

“Hopefully I’ll be working a bit less and travelling a bit more. The world is a big place and though I’ve seen a good part of it already, there’s always more to discover.” 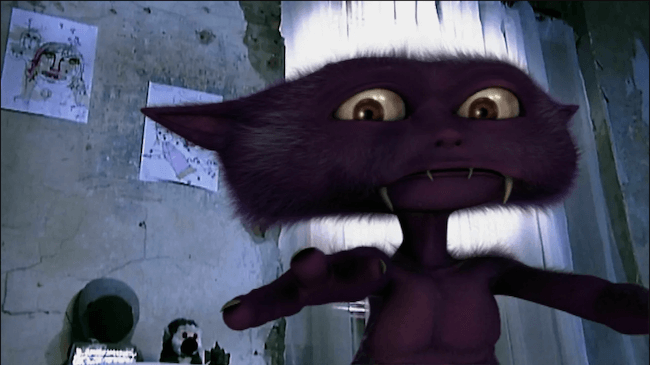 What is something that not many people know about you?

“I’m on IMDB. Before Mopinion I did some work as a 3D animator. The project I worked on even got showcased at the Dutch Film Festival”!

Stay tuned for the next Employee in the Spotlight!

We hope you enjoyed this month’s Employee in the Spotlight! Stay tuned for our March spotlight …

Your Guide to Customer Experience Feedback

How to Close the Customer Feedback Loop

Employee in the Spotlight: Hanne Nusselder